I have felt it’s about time for me to check out another horror-themed game. It’s a genre I’ve had a look at in the past, with mixed results. It’s a genre I’ve wanted to explore a little more though, as when they are done well, they can be great fun.

Zemblanity came to my attention when I was checking out new games on Steam. It seemed to be one of the better examples of a game in this genre, so I thought it worth putting Zemlanity through its paces.

Zemblanity is a combination of horror and puzzle. The story is that you have received a letter from a childhood friend with information about your father, who disappeared many years ago. You must solve the puzzles that you find while exploring the mansion to try unlock the secrets. That’s the premise of the whole game.

Loading the game, and you go straight into puzzle solving. One thing I did notice is that the puzzles are not as difficult as I’ve seen in other games. This might be a good or bad thing. I actually like the level of puzzle-solving in Zemblanity. This is partly because if they start to get a little too cryptic, I sometimes have a little bit of difficulty getting my head around them, and this can mean sometimes these games can be a little frustrating. If this describes you, you might find Zemblanity a little easier to play.

For me at least, this level of problem-solving makes the game far more fun and far more engaging. I found it actually quite difficult to put the game down and start writing the review. I think this says a lot about the game. They’ve given it a very strong and well-written storyline without making the puzzles so difficult that you get frustrated with trying to solve them. This makes the game far more enjoyable and you’re more likely to stay with it rather than get annoyed by it.

I don’t particularly want to give too much of the storyline away. What I will say is that this is a game that seems to have the balance between puzzle-solving, horror and storyline about right. It is an example of how to do a game of this genre properly. It is certainly streets ahead of some of the other examples I have tested. 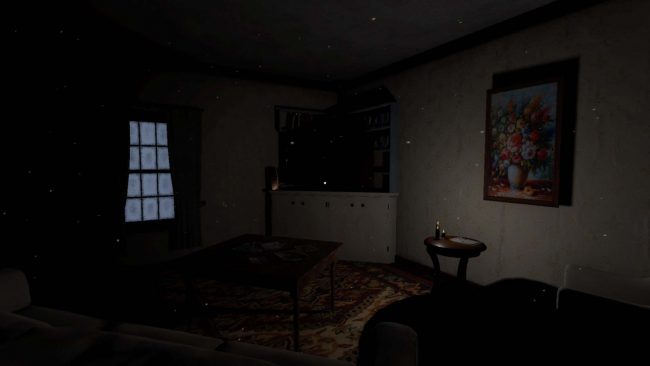 Graphics are one area where these games seem to fall down. Often the graphics themselves are not necessarily the problem. Often in an effort to make the game more atmospheric and “spooky” they try and light the scene very darkly and this can sometimes be done extremely badly.

Zemblanity does not have this issue. The lighting is absolutely perfect. The developers have managed to create the required atmosphere in a way that works.

On top of this, for a low-cost game, the graphics are really quite impressive. The game does attempt to target lower-end hardware, however they’ve managed to still maintain a decent level of visual detail in the process. Given I’ve seen some games that target older hardware that look just plain bad, I’m impressed at what they’ve been able to achieve.

I’m actually very impressed with this game. Given it’s a low-cost game, it’s not going to break the bank. However, the level of attention the developers have given to the graphics, the storyline and the puzzles is spot on.

This game really is an example of how to do a horror game well. It’s definitely worth looking at if this style of game is your thing.