Minecraft Dungeons is a dungeon crawler game where the player navigates a labyrinth of different rooms fighting monsters and solving mysteries while looting for treasures. The goal is to defeat the arch-villager which you do while fighting his allies until you eventually comes to a finally battle. 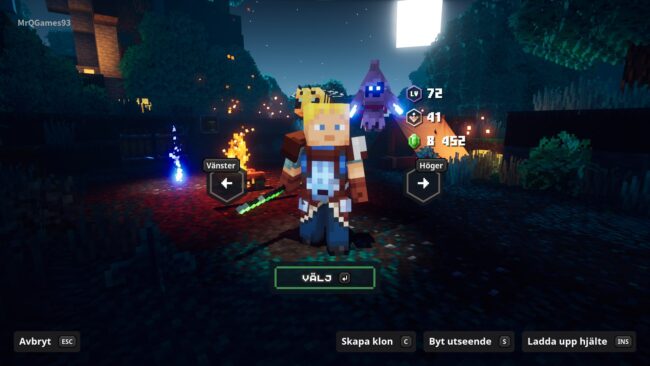 As a relatively new casual gamer Diablo style games was new to me. Being more used to 3D games it took some time to get used to how to move in the game. It would probably been easier to play with a game controller than keyboard and mouse. Having 2 monitors I kept hitting moving the mouse around hitting the other monitor moving out of the game.

I play on a windows 10 laptop with a Nvidia 2060 RTX graphics card which I think counts as a midrange gaming computer. The graphics in Minecraft Dungeons are gorgeous and with the NVidia 2060 RTX runs very smoothly in 1920 * 1080. The details are great. I particularly noticed the little animations in the game from leaves moving in the wind to how different enemies dies in combat. The buildings and environment graphics is very detailed without deviation from the Minecraft style. 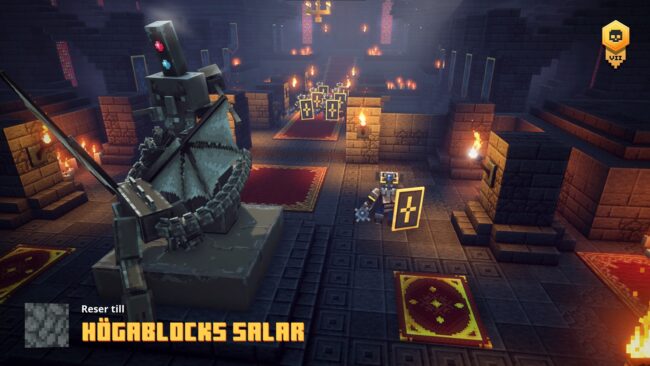 As you play through Minecraft Dungeons and level up you collect treasures, find emeralds, battle bosses and on victory wins a chest with a weapon, armour or an artefact. 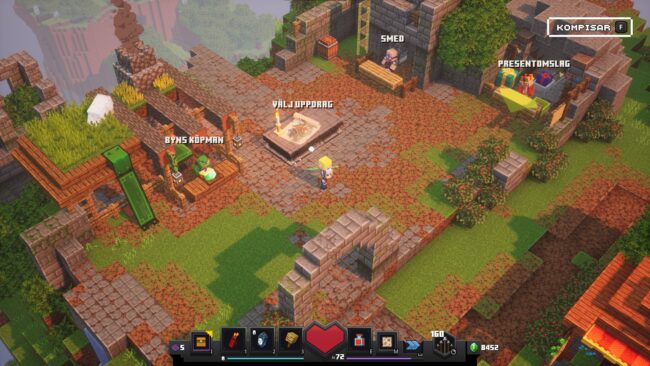 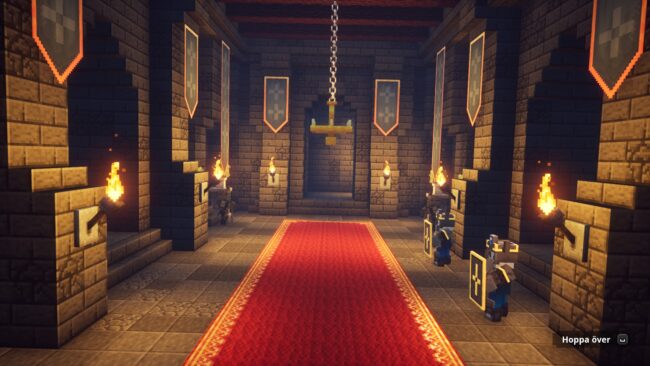 You get a choice between close range-weapons and long-range weapons with different types of armours and enchanted artefacts as you level up. The longer u play the more XP points u gather which gives u the option to enchant armour or weapons.

At the home base you can trade with villagers for the emeralds you collected on the mission.

After playing for some hours, I went for a strategy of finding armour, weapons and artefacts that I could combine for maximum fighting capabilities and defense. Depending on the situation I could switch from offence to defence.

If you played Minecraft before you will recognize the environment with graphics nicely transplanted from the main Minecraft game.

For more game play there is 5 DLC expansions you can get. They include the familiar Minecraft biomes like the nether, underwater, mountains, winter and jungle.

I would give Minecraft Dungeons a moderate difficult level to get into but if you are ready to spend some hours getting used to the interface and game mechanic it’s a game you can play for a long time.

With the added multiplayer option friends and family can join and you can get even more hours of fun gameplay.

IT-janitor for computers in RL who likes to play games. Plays shooter games and builds badly in Minecraft but dont mind trying out new games.