It is not often I get an opportunity to do a write-up on a venue. However, while on holiday in New Zealand recently, I had a few opportunities to visit Arcadia. Based in Christchurch, Arcadia attempts to recreate the gaming arcades that were common in the early 1980s. This venue definitely appeals to by retro geek side. 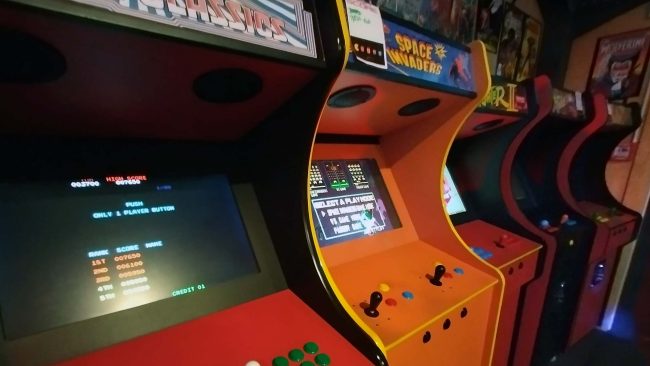 Entering the venue on Barbadoes Street, you’re greeted with a very wide range of games. These cover many genres, ranging from your traditional Pacman and Space Invaders, racing games and a few different versions of Pinball. There was a claw game in there, but that didn’t seem to be operational when I visited. You can also find a PlayStation 2 hidden away, which seems far more modern than just about everything else in there, but that’s about as modern as it gets.

You also have access to a pool table, with retro cartoons on show as well – though you don’t get the soundtrack to go with them, as they have a 1980s musical soundtrack going on.

Pricing was very reasonable – and I mean very reasonable. For $NZ10, you can get unlimited plays of whatever games you want. This is phenomenally awesome value. It is a matter of trust, as all the games are set on free play. I hope this isn’t abused too much. 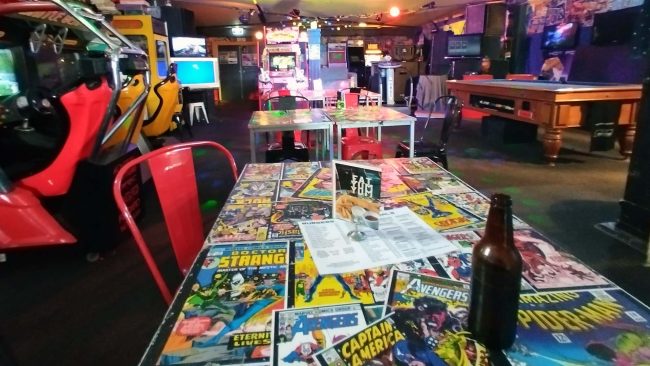 They do have a seated area in the middle, so parents have somewhere to sit while the kids go nuts on the machines. They also serve drinks (including alcohol) and food, which includes I think about the best fish and chips I’ve had. I don’t know what it is about Christchurch, but they seem to fish and chips much better than us Australians.

I did ask one of the staff whether the machines were truly original or whether they were emulated, and the answer I was given was it was a bit of both. Having said that, you couldn’t really tell just by looking which was which. They all seem to be very faithful reproductions of the original machines. Some vintage gaming enthusiasts prefer running actual hardware over emulation, and I admit that’s often my preference. Though in an environment like Arcadia, I don’t blame them for emulating. The original hardware could easily be 40 years old at this point, and it can become a bit challenging to maintain at that age.

On the two occasions I went, the place was a little quiet. However, this was hardly unexpected given this was early afternoon on a workday. I would hope that the place livens up a bit during other hours, as this place really deserves it. They do excellent food and have a decent range of games.

If you’re a retro gaming enthusiast and ever find yourself in Christchurch, this place is worth a visit. They’re really well set up and have obviously gone to a lot of effort to have a variety of machines running. If I’m ever lucky enough to find myself in Christchurch, I will definitely be seeking Arcadia out for another visit.

The only thing I wish I could comment on is how faithfully they’ve recreated the atmosphere but I was born essentially as the arcades were dying out and being replaced with home gaming consoles so I never got to experience these back in the day.