Ghost Case came onto my radar when looking through one of my discovery queues in Steam. I’ve been meaning to check out a few horror themed games to see what else the genre has to offer, and being recently released and low cost, this seemed to be a reasonable option.

Ghost Case seems to be an interesting combination of horror and investigation. The game is also extremely budget friendly, so I thought I’d give it a chance to see what I could get from the game.

The game itself resolves around a fairly simple principle. You’re involved with a detective agency and you’re investigating a report of stalking. You have set up a number of security cameras to monitor what’s going in the house.

You will then need to monitor all of the cameras and then=guide your character through the apartment based on the activities and goings-on you have noticed on the cameras.

There’s a few things I noticed when getting the game started. The first is that there is absolutely no narration at all. This is something I felt was really missing. It would have been good for the characters to actually speak. The lack of narration meant certain parts of the game feel a little slow. Done right and this could add a lot of atmosphere to the game.

The interface also took a little bit to get your head around. It seems to be an interface that is rather unique to Ghost Case. You’ll need to use the Tab key to switch between the different cameras. You have the ability to select various objects, and you’ll use number keys to select the action you wish to perform. It does feel a little bit clunky at times, though once you’re used to it seems to work well. It just takes a bit of getting used0 to as it’s very different to what I’ve used in the past.

There’s also a few times where the character’s animations seem a little unnatural, particularly the walking animation. I’ve certainly seen a lot worse but it does come across as a little awkward and distracting.

The game itself has potential. I do like the overall concept. The lack of narration is really the biggest thing holding it back. This style of game really benefits from decent voice acting, and the lack of speech means you don’t really get the full experience and at times it does feel rather slow. If the developers were able to add this to the game, it would add so much to the experience. The rest are small finishing touches rather than major dealbreakers.

This is somewhat of a shame, as the premise of the game is otherwise really good and, once you get the hang of the interface, is otherwise not too bad. It just needs that extra element to add that missing element to the experience. 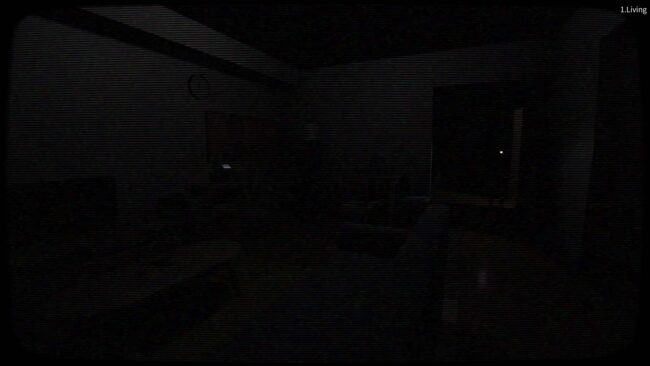 As noted above, the animations were at time looking a little bit awkward and clunky. They’re not terrible, just a little out of place with the rest of the game.

The reason this stands out is the graphics quality of the rest of the game is actually surprisingly decent given the cost of the game. It has an atmosphere that really adds to the spookiness that is befitting of a horror type game. The graphics have been done in a way that fits the storyline and the tone that the game is trying to set. I really is a small blip on an otherwise good graphical experience.

The game has quite a lot of potential. The premise is actually quite good, and the storyline is very well written.

It’s just let down by the lack of narration, a few awkward animations, and a slightly clunky interface. It’s a shame because with some decent narration and some more attention to detail in the animations might make this a decent game.