My Time Alive is somewhat of a more topical game. Its storyline is based around the current COVID-19 situation and falls within the First-Person Shooter Genre with a hint of problem-solving and survival elements.

This is not normally the type of genre I spend a lot of time with. However, given its topical nature with the current pandemic, I feel it’s worthy of a bit of investigation.

The game is set in the year 2023. HT Pharmaceuticals released a cure for the COVID-19 virus, and has released this to the general public. The virus turns perfectly healthy humans into flesh-eating zombies within seconds, and is spread via biting and blood consumption.

As one of the last survivors, and the lead scientist at HT Pharmaceuticals, you now have to take care of the remaining infected by either shooting them, or conducting supply runs and experiments to find the cure.

Getting past the initial round of zombie-shooting and reaching the end of the first section, I did notice a few little oddities. When you meet up with some of the other survivors, they start talking to you, but they’re not very … animated. They just seem to stand there and sound like they’re talking, but don’t actually do much. It would have been nice to have a bit more realism happening here. 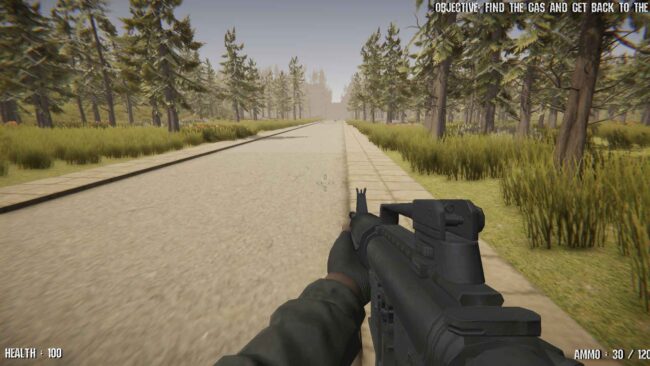 The other thing I noticed was the next objective was a little off. Your objective is to “Find the gas and get back to the”. I assume they meant get back to the car. But it was a rather unusual place to cut off that sentence.

It might be missing something here, but it would have been nice at this point to get a little more in the way of clues. While only a minor gripe, this section of the game very quickly became more of a Running Simulator than an actual game. It made for a bit of slow progress at this point, and made for a little slow progress. It was a very marked change from the slightly more fast-paced hack-and-slash of the first section.

As it is though, it was starting to come across as a game that would drag in places. It is also somewhat balanced by the faster-paced sections of the game. It basically feels like a single-player simplified version of a game like DayZ thrown into the mix.

As a final thing to appreciate, there is a lot of direction given by the main character to let you know what’s going on. Your character gives you certain clues in the narration that you should be looking for an object to pick up nearby or to involve yourself in some sort of activity.0 This is great for casual players or those starting out in this genre, although it would be great to allow more experienced players to disable some of this narration. 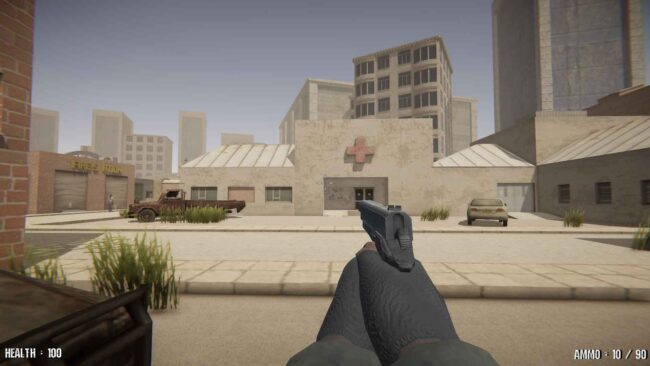 The graphics do appear to be a bit antiquated. They’re not terrible at all, but they’re hardly highly detailed either. They seem to sit around the mid-2000’s era of graphics

The advantage of this of course is that this opens the game up to people running on lower-end hardware, so those without top-of-the-line gaming rigs aren’t necessarily excluded from this game. Those who are looking for top-quality modern graphics might be a little bit disappointed.

On the whole though, I have seen far, far worse. This is a game I would consider middle-of-the-road when it comes to graphical quality.

I have somewhat mixed feelings about the game. The initial sections of the game with the initial hack-and-slash coming across as a very good way to blow off a bit of steam.

The slow parts of the game were beginning to get quite a bit slower than I’d hoped, and made me feel like a multiplayer option would have worked well to make things a little more social and interesting. There were also the few small glitches I found, and the areas where the action was just a little absent.
6
To add to this, I doubt the game would have much replayability or relevance once the current COVID-19 situation passes. This seems a shame as a good game of this type could have some longevity if there was a mechanism to add new content, particularly if there were a multiplayer option. Basically, I’d recommend the game for those that want a bit of FPS hack-and-slash with a bit of chill problem solving that don’t want the fast pace of some of the multiplayer first-person shooters out there.