I am probably going to draw a bit of a long bow here, but once again I am relying on my knowledge of vintage computing. Those who remember Microsoft Windows 3.0 would remember it came with a game called Reversi.

The reason I bring this up is, when I initially looked at this game, the art style did trigger memories of this earlier game that came bundled with Windows. It is obviously not the same game, bit visually it does seem somewhat similar Given it brought up these memories for me, I thought it worth giving a quick run for its money.

Launching the game for the first time, and I noticed this game was not full screen. I have bagged out other games for their weird choices in this regard – I’m thinking of my Rocka Feller review here – however I think in the case of Stick Go Story it actually made sense. This is not a game you’re going to be spending hours playing at a time, it’s a game that you would play as a bit of a distraction while you were waiting for something to happen. For instance, it’s a game you could spend a minute or two playing while you were waiting for your Zoom conference to start. Not having it full screen allows you to easily switch to another application if necessary.

In other words, this is a really great game if your boss suddenly appears. You can quickly switch back to your Excel spreadsheet and make it look like you were doing work the whole time.

The basic premise is fairly simple. Each game involves you playing against a computer, and each of you controlling a stick figure. You basically have to point-and-click your way through a fight with your opponent, with the last person standing being declared the winner.

This is essentially done via point-and-click. You will need to click on one part of a limb. You will be given a few options as to where you can move it. You then move it by clicking where you want it. If it just happens to intersect with your opponent, you will do damage to that particular part of your opponent’s stick figure body.

This interface does get a little bit of getting used to. It does initially feel a little bit clunky, but I found I soon got the hang of it.

The only other minor point is that the menu can be a little difficult and clunky to navigate. It’s not horrible, but it’s not intuitive either. If I were able to have anything changed, this would be it. Menus should be easy to navigate and be self-explanatory. The menu la belling in Stick Go Story is just clunky, mislabeled and weird. 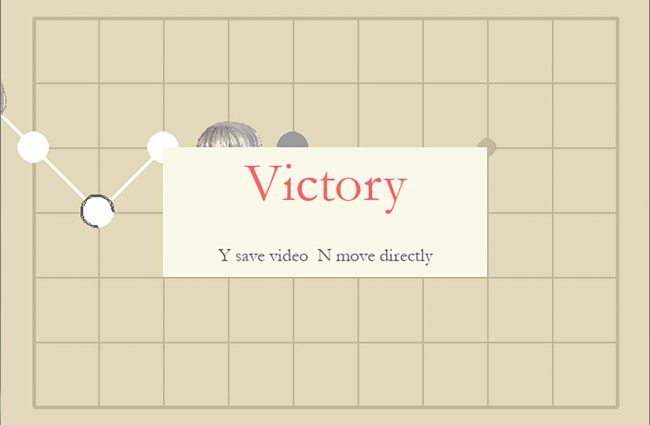 The graphics here are really extremely simple. While I have criticised other games for simplifying the graphics to the point that they are just bad, this doesn’t apply as much here.

There is a reason I was pointing out Reversi in the introduction. The basic concept, visually at least, is very similar. It’s basically a simple point-and-click that doesn’t really require flashy doo-dads and bling to be playable and, while some may think it’s oversimplified, I think they’ve got the balance almost right here. Simplicity without distraction.

This game is simple, and effective. It takes a little bit to get the hang of, but once you have, it an be quite playable.

This is not a game that you will sink absolutely hours into. It’s more of a distraction rather than a game, in that it’s something to do to keep you entertained while you wait for other things to happen. It definitely achieves that goal well.

The only thing that really needs improving is the clunkiness of the menu system.