It almost seems an eternity ago, but sites like Albino Black Sheep were all the rage in the early 2000’s. These sites used to offer Adobe Flash-based animation and games and it was very easy to sink several hours into playing silly little Flash games made by small indie artists. One of the games I used to play very frequently back in the day was Kitty Canon.

I was thinking about this game and went onto the Google Play store to try and find an equivalent. This is a few years old now, but looks to be a very similar game. So how will a remake of a silly little Flash game translate to a mobile device?

The game is ridiculously simple. You have a rocket that shoots out a cat. It then bounces off different objects and the aim is to get the cat going as far as possible. You also have the ability to trigger a few explosions that push the cat further.

It is essentially the same as the old Kitty Canon, though the only feature they’re not implemented is the ability to change the angle of the canon.

There is something that I should point out before someone makes a dance about it. There may be some who dislike the game because it involves a cat and explosives. Just remember that this is a game, and like all entertainment this is fake. This is not the first game to do this.

This game is an extremely fun distraction. It runs extremely well, even on a low-end device such as my Nokia 2.3. Just like the old Kitty Canon before it, it’s not a game that has a huge storyline. It’s essentially a casual game that allows you to play for as long or short as you desire. It can be a great distraction if you only have a few minutes to fill, though ti won’t necessarily be something you’ll play for hours at a time.

This is a concept that has already been done before, after all this is a very near clone of Kitty Canon. I have not been too hung up on this. You could pick any genre of games and find a whole heap that are similar in terms of play style. Game developers do tend to stick to whatever formula works. I see this as being no different. 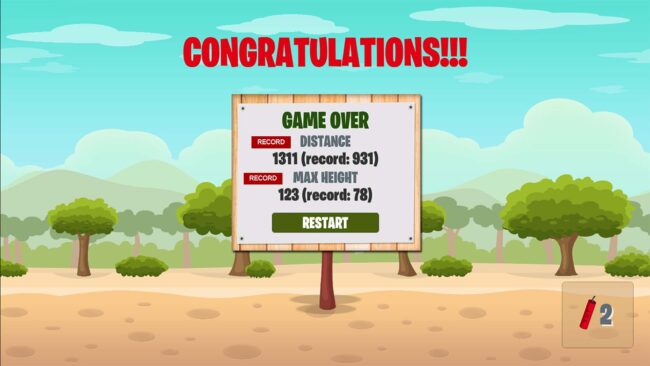 The graphics for this game are extremely simple. This game works really well on my Nokia 2.3 without any form of stuttering or slowdown, so are simple enough to run on a wide variety of devices.

However just because they are simple doesn’t mean they are bad. They actually work really, really well for this game. It is the epitome of “simple and effective”.

The graphics are It is very reminiscent of the early Flash games, only rather heavily modernised. This is how these games should be done and, for a completely free game that is not ad-supported, is really very impressive.

This is a really fun little game. It is definitely a concept that has been done before, and has been done well before. Where this game shines is that it has not only been done well, it’s been done for free and does not continually bombard you with advertising.

Adobe Flash may now be dead, but that should not mean that these types of simple time-killers should die too. Even if the original titles are not re-released using different technologies, I’d like to see more of these old concepts recreated and updated for modern devices. If you’re looking for how to do this well, you should look no further than this game,