My Friend Pedro has been around for a few years now as a PC game. A new iteration of the game has been released for mobile devices running Android or IOS, under the name My Friend Pedro: Ripe for Revenge.

When the video trailer came to my attention, it looked like it could be a whole heap of fun. The idea of one of the main characters being a sentient banana seemed somewhat amusing. I took the plunge, installed it, and here we are!

The game is described as friendship, imagination, and one man’s struggle to obliterate anyone in the path of a sentient banana. That alone should let you know that there’s a certain amount of silliness to be expected in the storyline.

When you first launch the game, I would recommend paying particular attention to the tutorial. The controls are not necessarily difficult, they’re just slightly different to other games I’ve played on mobile in the past. They felt a bit awkward at first but I soon got used to them, however the tutorial allows you to get familiar with them before you jump into the game proper. It only took a minute or two for me to get the hang of them, so it’s worth actually paying attention to the tutorial so you can understand these controls..

Once you get to the game proper, you find you’re playing a masked, unnamed protagonist. During various parts of the game, you are given information and instructions by your friend Pedro, who just happens to be a sentient banana. The first thing you learn is that the gangsters have kidnapped Pedro’s wife and kids and have left him for dead, and that your task is to rescue them.

The basic principle from there is you navigate your way through separate levels, killing the gangsters and eventually you need to save Pedro’s wife and kids. The initial levels you are required to jump, climb, crouch, and break through objects to get to the gangsters to kill them. Later levels include other forms of transport, such as skateboards.

It should be noted that the free version does not include the entire game. It seems the developers of this game are using a model similar to how shareware games used to be released in the 80’s and 90’s. You receive the first couple of levels for free, but later parts of the story and some of the more advanced features require the premium version. This includes the ability to use save points.

Luckily, the game is only $AU2.99 as a one-off payment. There does seem to be a few people complaining about this in the reviews section on the Google Play Store. I really don’t see what the problem is. The game developers need to make their money somehow, and a one-off payment is much preferable to having to pay a monthly subscription, as those tend to start adding up if you own multiple games or forget to cancel a subscription once you’re done with a game. It’s also far and away preferable to stuffing the game full of obnoxious advertising that bombards your screen at every opportunity it can. Given the concerns about micro-transactions that some developers have chosen to pursue, it’s nice to see at least one game buck this trend. As I’ve eluded to, the concept they’ve used is very similar to how shareware games worked in the 80’s and 90’s, so it’s not like this is a new thing. I don’t remember seeing any complaints about this practice back then.

Jumping back to the game, the controls did take me a minute or two to get used to. Once I got my head around it, the game was actually quite fun. The controls are a little unusual, however you soon realise that they make total sense. In saying that, this game will benefit from having a larger screen. I’m playing on a 6.2”device, which works well for this game given you sometimes have to shoot gang members located at multiple points on the screen. I’d imagine for smaller screens, particularly once you go below 5 inches, this might be more of a challenge.

It is one of those games that once you pick it up, you don’t want to put it down. The game is also very helpful at giving you additional pointers and tips to help you get through the game. It appears the developers have given thought to the casual gamers who are playing for fun rather than as a profession, and so the tips are geared towards making the game fun rather than having to grind your way through it. They seem to have struck a good balance with this. 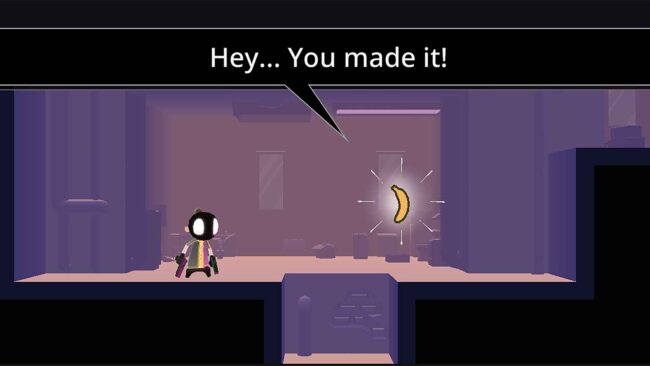 I’m using my standard Nokia 2.3 device to run this game. As I’ve pointed out in other mobile reviews, this is a reasonably budget device. The graphics were amazingly good, and ran very smoothly on this device.

The art style was somewhat minimalist, yet very effective. It is apparent that a lot of work has been put into optimising the visual experience while ensuring the game runs smoothly on a wide range of devices.

One of the nice little extras is that when you’re going for a jump, there’s a visual indication of the path you’ll take. This makes it easier to work out where the jump will take you and where you’ll land, which will help you plan out your route through a certain section of the map.

The other thing that I’ll note is that the graphics seem to adjust extremely well to different aspect ratios. The Nokia 2.3 has a 720×1520 resolution with a 19:9 aspect ratio and the game seems to copy with this fine. While games seem to b e fairly good at handling this, I still make mention of it as some apps and games still have issues with this (I’m thinking my T7Droid review here).

I came into this game because I felt the whole sentient banana concept was silly in an entertaining way. I have been left thoroughly impressed.

It’s a healthy mix of silliness, side-scrolling action, and an interface that once you get the hang of it makes perfect sense for a handheld touchscreen once you master them.

I also like the fact that the old shareware concept from the 80’s and 90’s hasn’t quite died. It seems modern mobile gaming in particular either drags you into a subscription model, tries to hit you with endless micro-transactions, or just bombards you with advertising. This shows that the original model of shareware, where you give the players the first bit of the game and if it’s good enough they’ll consider paying for the rest in one hit, still has merit. I wish more mobile developers would go back to this model.

All things considered, the game plays really well and was a great experience.